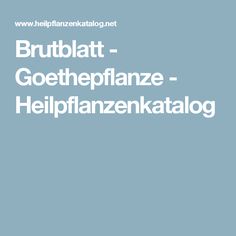 A VPN does basically what it says on the tin. It is a ‘virtual private network’ that allows remote users to connect to a network. In most cases it uses an existing public network, such as the internet, in order to do this. Using a VPN is a straightforward way of keeping your data safe on the internet and to prevent unauthorised users from taking control of your information. Although it is popular with individuals wanting to keep their details safe, its use is particularly prevalent among businesses who want remote employees to be able to connect to their network and want to keep their data and transactions private. Many businesses will use a virtual private network provided by their Internet Service Provider or will set one up themselves if they have the skill and resources on hand.
So how does a VPN work? Most people will understand that when you connect through a virtual private network your data is secured and cannot be captured or viewed by an unauthorised user, but many will not know how a VPN does this. The main technique a VPN will use is called ‘tunnelling’. When data is sent across the internet it is broken down into ‘packets’, it is broken down into ‘bite sized’ pieces that are more efficient and easy to send. The process of tunnelling is where a data packet is placed inside, or encapsulated in, another packet before it is sent over the internet. With the use of a virtual private network, computers at either end of the network will be able to encapsulate packets that they are sending and ‘open’ packets that they have received.
The inner packet in a tunnelling protocol will contain the data that is being sent over the internet. It will also contain information about where the data should be sent when it reaches the destination network (or the IP Protocol). The outer packet will only contain the instructions to move across the internet – or the ‘transport protocol’. It will not contain It Technician Salary any of your data or information about what the destination computer is, just information about the gateway server it is travelling to. The outer packet is a layer of security for your data; it provides a protective shield for your information, so if an unauthorised user managed to take hold of the packet they would only be able to see the outer packet.
A tunnelling protocol is almost like sending something through the post. If you sent a postcard through the post, someone could intercept it and could not only see where it was being sent to but also all the information Educational Tool Definition you have put on it. Using a tunnelling protocol is like putting your letter in an envelope – if someone intercepted it they would only be able to see where it was going not what information it contains.
A VPN will not just use a tunnelling protocol to protect your data. Going back to the post analogy, if someone intercepted your letter they would only be able to see where the letter is going on the envelope or ‘outer packet’. However, some unauthorised users may have the ability to ‘open’ your letter and see the contents of the inner packet. To prevent this from happening, a VPN will encrypt the data that is being sent over the internet. Encryption is where data is encoded and only an authorised computer with the right decoder will be able to decrypt the data it has received. The most common forms of encryption are public-key encryption and symmetric-key encryption. Symmetric-key is where all computers use the same ‘key’ to encrypt and decode data. Public-key is where one computer will use a private key to encrypt data and the receiving computer will have to use a corresponding public key to decode it. VPNs use a system similar to public-key encryption but utilise protocols instead of ‘keys’.
VPNs can either use ‘compulsory’ or ‘voluntary’ tunnelling. For most users of VPNs it will not make much difference which type is used as using voluntary tunnelling simply adds an extra step. With compulsory tunnelling the user will make a connection to their internet service provider. The ISP will then set up a VPN connection between the user and a VPN server. Alternatively with voluntary tunnelling it is the VPN client that sets up the connection. The user makes a connection to their ISP and then the VPN client application will set up the connection to a VPN server. When using a VPN the devices at each end of the tunnel will have to be authenticated, this can be done with passwords or digital certificates – authentication simply adds an extra dimension of security. Virtual private networks are an extremely useful way of ensuring that your data remains secure when it is sent over the public network that is the internet.