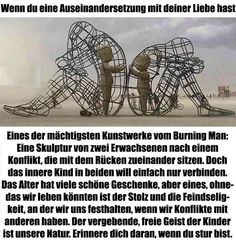 The last decade has seen the amount of technology available to us explode in variety and quality from interactive TV to touch screen panels that whoosh and swish information at the flick of a finger. This technology aims to put more information than ever before in front of eyes to satisfy our insatiable need for yet more knowledge. But are we actually learning from it?
Some people like to think they’re more like Albert Einstein who apparently didn’t commit anything to memory, preferring to write everything down and reference it later if necessary. This meant he could use his brain power on working through theories and finding explanations to complex questions rather than remembering stuff that could be easily found if required. Whether this is true or not doesn’t matter, we now seem to expect that every answer we could possibly want is out there somewhere and we can find it with a quick look at Google.
But rather than then use our new-found brain power on thinking through stuff and making the world a better place, many of us simply go on the quest of finding more and more information or chatting to friends on Facebook or watching the latest interactive news on the TV. Rather than Technology Enhanced Learning Journal us have more time to contemplate life or our position on the planet, we have more time to be wowed by flashing lights, the argument of iPad versus Android tablet (like it matters) and whether I can get the iPlayer on ever more diverse pieces of technology around the house.
When Facebook crashed for two hours a few months ago, the uproar was incredible. People were without access for a couple of hours and to some it was as if they’d had their air supply cut off. We have become a slave to technology and the idea that in order to function in society we need to constantly update it, learn from it and be on the receiving end of all the knowledge it could possible insert into our crowded brains.
The result of this isn’t that we now know more, it is in fact we know less because as much as we try, there is no way we could possibly Examples Of Technology In The Classroom store all the information in one go unless we’ve trained ourselves in some pretty clever memory techniques or we’re Derren Brown.
Take, for example, the pundits you find on sports shows on the TV. Did they simply watch a game once and then be able to instantly recall every nuance of the match ten years down the line when discussing a particular player who is now facing the sack from his team? Of course not. Analysts like this will watch a match any number of times from different angles and with various people so as to take different views on it.
Statisticians don’t turn up on news shows with a brain dump of everything they’ve ever known from every document they’ve ever read, they have a lifetime of learning, knowledge and experience to draw upon.
Yet technology uses the excuse that we can have ever more information on tap as a way to creep into every part of our life and take it over. It tells us that these more portable devices mean we can take a huge brain of information with us. That’s fine if we’re after the cheapest pair of shoes, but for real stuff, stuff that matters – it’s really no good at all.

2010 and 2011 were known as the years of the tablets and Smartphones – where the hottest technology trends were those which were dominated by the touch screens. With Apple shinning brighter than any of […]